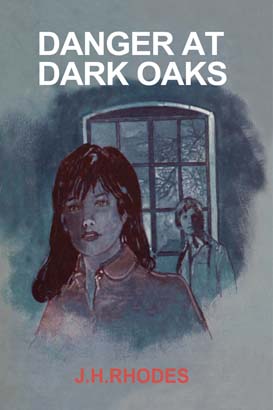 It had been a bad year for Paula Darnell. First she had been deceived by the young man she had loved deeply. Then her employer had gone bankrupt, leaving her without a job. So when Paula’s long-lost Aunt Edwina invited her to Louisiana to become her nurse-companion, the girl readily agreed.

But from the moment Paula entered Dark Oaks, her aunt’s grand old mansion, an eerie premonition frightened her. Then it became clearer and clearer that someone at the house—perhaps one of her cousins—meant to harm her. It began with the sudden break in the railing right outside Paula’s room. Then the incidents and terror grew worse until Paula felt she could trust no one at Dark Oaks, not even unpredictable Mark Carson, the young writer she had grown to love.