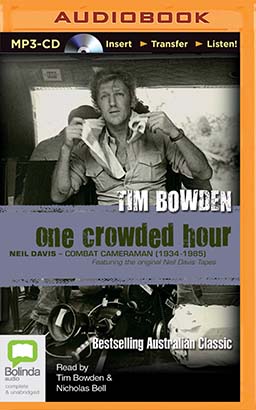 The bestselling biography of one of the world’s greatest cine-cameramen and an extraordinary Australian.

For over twenty years journalist Neil Davis covered the conflicts in South East Asia. Always at the battle front, he brought enduring images of the full horror of modern war to the world. Ironically, in September 1985, having survived so much war, Neil Davis was killed filming an attempted coup in the streets of Bangkok.

The last two CDs on this audiobook contain the Neil Davis Tapes, which are Tim Bowden’s original interviews and location recordings with Neil Davis.