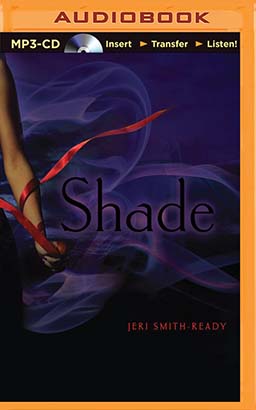 Love ties them together. Death can’t tear them apart.

Best. Birthday. Ever. At least, it was supposed to be. With Logan’s band playing a crucial gig and Aura’s plans for an intimate after-party, Aura knows it will be the most memorable night of her boyfriend’s life. She never thought it would be his last.

Like everyone born after the Shift, Aura can see and talk to ghosts. This mysterious ability had always been annoying, and Aura had wanted nothing more than to figure out why the Shift happened so she can undo it. But not with Logan’s violet-hued spirit still hanging around. Because Dead Logan is almost as real as ever. Almost.

It doesn’t help that Aura’s new friend Zachary is so understanding—and so very alive. His support means more to Aura than she cares to admit.

As Aura’s relationship with the dead and the living grow ever complicated, so do her feelings for Logan and Zachary. Each holds a piece of Aura’s heart...and clues to the secret of the Shift.