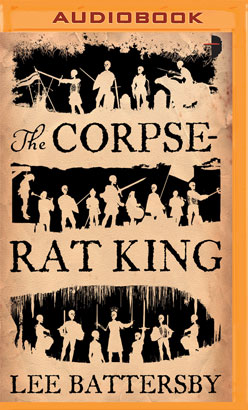 Marius dos Hellespont and his apprentice, Gerd, are professional looters of battlefields. When they stumble upon the corpse of the King of Scorby and Gerd is killed, Marius is mistaken for the monarch by one of the dead soldiers and is transported down to the Kingdom of the Dead.

Just like the living citizens, the dead need a King—after all, the King is God’s representative, and someone needs to remind God where they are.

And so it comes to pass that Marius is banished to the surface with one message: if he wants to recover his life he must find the dead a King. Which he fully intends to do.

Just as soon as he stops running away.