Master of the World, The 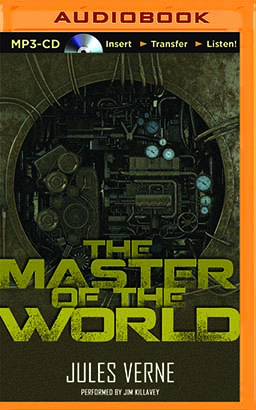 Master of the World, The

When a volcano suddenly seems to erupt and threaten a mountain town of North Carolina, Inspector Strock is sent to determine the danger. When an automobile race in Wisconsin is interrupted by the unexpected appearance of a vehicle traveling at many times the top speed of the entrants, Strock is again consulted. And when an odd-shaped boat is sighted moving at impossible speeds off the New England coast, Strock and his boss begin to wonder if the incidents are related. Then Strock gets a note warning him to abandon his investigation on pain of death, but he is intrigued rather than deterred.

The story is set in a period when gasoline engines were new and automobiles were rare, and so the appearance of a vehicle that can move at astounding speeds on land, on water—and as later seen, underwater and through the air—marks a technological advance far beyond the reach of any nation. It is technology invented by a man who styles himself "The Master of the World" and threatens the peace of the world unless Inspector Strock can find a way to stop the mad inventor.