London in the Eighteenth Century 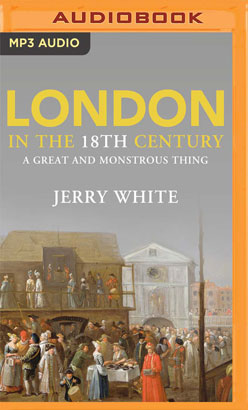 London in the Eighteenth Century

A Great and Monstrous Thing

Jerry White's London in the Eighteenth Century is an unrivalled, panoramic account of the city's dramatic century of rebirth by its leading expert.

London in the eighteenth century had risen from the ashes. The city and its people had been brought to the brink by the Great Fire of 1666. But the century that followed was a period of vigorous expansion, of scientific and artistic genius, of blossoming reason, civility, elegance and manners. It was also an age of extremes: of starving poverty and exquisite fashion, of joy and despair, of sentiment and cruelty.

In Jerry White's acclaimed history of London's magnificent and boisterous rebirth we witness the astonishing drama of daily life in the midst of this burgeoning city.