All the Light There Was 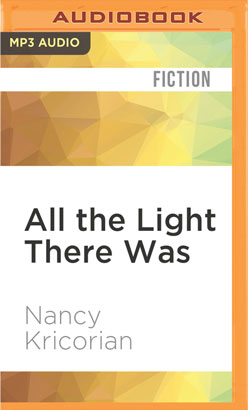 All the Light There Was

All the Light There Was is the story of an Armenian family's struggle to survive the Nazi occupation of Paris in the 1940s—a lyrical, finely wrought tale of loyalty, love, and the many faces of resistance.

On the day the Nazis march down the rue de Belleville, 14-year-old Maral Pegorian is living with her family in Paris; like many other Armenians who survived the genocide in their homeland, they have come to Paris to build a new life. The adults immediately set about gathering food and provisions, bracing for the deprivation they know all too well. But the children—Maral, her brother Missak, and their close friend Zaven—are spurred to action of another sort, finding secret and not-so-secret ways to resist their oppressors. Only when Zaven flees with his brother Barkev to avoid conscription does Maral realize that the Occupation is not simply a temporary outrage to be endured. After many fraught months, just one brother returns, changing the contours of Maral's world completely.

Like Tatiana de Rosnay's Sarah's Key and Jenna Blum's Those Who Save Us, All the Light There Was is an unforgettable portrait of lives caught in the crosswinds of history.