No Shades of Gray 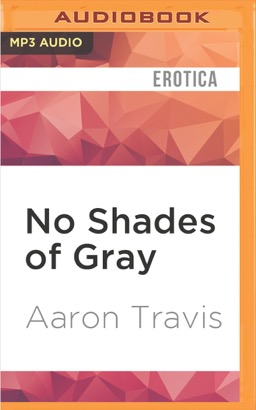 No Shades of Gray

This mammoth omnibus edition collects the very best erotica by the writer the Bay Area Reporter calls "perhaps the best dick-stiffening author in the land" (though Travis also counts many female readers among his legions of fans).

This collection of almost 90,000 words includes the supernatural classic "Blue Light"; "Crown of Thorns", an espionage story with a vicious twist; "The Hit", Travis' super-hot take on gangsters and film noir; "Getting Timchenko", perhaps his most poignant story; "Kudzu", perhaps his most disturbing; and the complete novel Slaves of the Empire, in which the gladiator Magnus defies the will of Rome's most dangerous senator to satisfy his lust with a pair of enslaved barbarian twins.