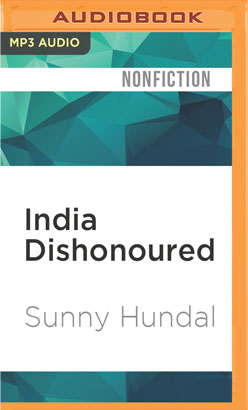 Behind a Nation's War on Women

In December 2012, the violent gang rape of a young Indian woman in Delhi shocked the world. India was a country of booming modernisation twinned with centuries-old cultural riches. Was the cruelty of the assault indicative of something profoundly disturbing lurking beneath the surface?

Sunny Hundal's arresting exploration of how Indian society treats its women argues exactly this. As a country, India has a disproportionate amount of men to women. They are financial and often social burdens upon their parents. Yet it also a country that has produced towering women such as Indira Gandhi, who have so powerfully influenced the history of the 20th century.

India Dishonoured is an attempt to understand the contradictions at the heart of how India treats its women, and why the country is sitting on a cultural timebomb that may have only just begun to explode.