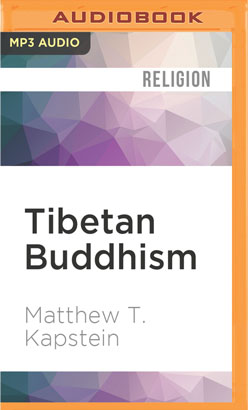 The Tibetan Buddhist tradition has known over 13 centuries of continuous development. During that time, it has spread among the neighboring peoples - the Mongol, Himalayan, and Siberian peoples, Manchus, and Chinese. At its height is has been practiced in regions as far west as the Volga river and to the east in Beijing. Its capacity for creative adaptation is demonstrated by its recent growth in Europe and America. At the same time, it is at the center of political contestation in ethnically Tibetan regions of China, while its best known exponent, the Dalai Lama, has become one of the most admired religious leaders in the world today. But what does this religion teach? Just what is the position of the Dalai Lama, and how will his succession be assured? Is it true that Tibetan Buddhism in entirely suppressed in China? Scholar Matthew Kapstein offers a brief account responding to these questions and more in this Very Short Introduction, in terms that are accessible to students, general readers, journalists, and others who are curious to learn the most essential features of Tibetan Buddhist history, teachings, and practice.