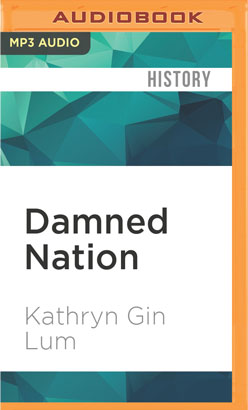 Hell in America from the Revolution to Reconstruction

Among the pressing concerns of Americans in the first century of nationhood were day-to-day survival, political harmony, exploration of the continent, foreign policy, and—fixed deeply in the collective consciousness—hell and eternal damnation. The fear of fire and brimstone and the worm that never dies exerted a profound and lasting influence on Americans' ideas about themselves, their neighbors, and the rest of the world.

Kathryn Gin Lum poses a number of vital questions: Why did the fear of hell survive Enlightenment critiques in America after largely subsiding in Europe and elsewhere? What were the consequences for early and antebellum Americans of living with the fear of seeing themselves and many people they knew eternally damned? How did they live under the weighty obligation to save as many souls as possible? What about those who rejected this sense of obligation and fear?

Gin Lum shows that beneath early Americans' vaunted millennial optimism lurked a pervasive anxiety: that rather than being favored by God, they and their nation might be the object of divine wrath. As time-honored social hierarchies crumbled before revival fire, economic unease, and political chaos, "saved" and "damned" became as crucial distinctions as race, class, and gender. The threat of damnation became an impetus for or deterrent from all kinds of behaviors, from reading novels to owning slaves. Gin Lum tracks the idea of hell from the Revolution to Reconstruction. She considers the ideas of theological leaders like Jonathan Edwards and Charles Finney as well as those of ordinary women and men. She discusses the views of Native Americans, Americans of European and African descent, residents of Northern insane asylums and Southern plantations, New England's clergy and missionaries overseas, and even proponents of Swedenborgianism and annihilationism.

The accompanying reference guide is included as a PDF on this disc.