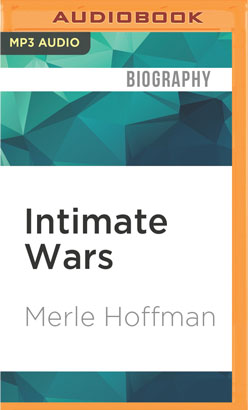 Merle Hoffman's life story is riveting. A former classical pianist, a self-made millionaire, and a feminist who found her life's work providing abortions, she has been a fearless crusader for women's right to choose.

Over the years, Hoffman has used her entrepreneurial spirit to build one of the most comprehensive women's medical centers in the country. In 1971 (two years before the Roe v. Wade Supreme Court decision to legalize abortion nationally), Hoffman founded Choices, an abortion clinic in New York. As a medical provider, she pioneered "patient power," encouraging women to participate in their own health care decisions. And going against even her own expectations for her life after 50, she adopted a child and writes about her experience as a mother.

Whether addressing the murder of abortion providers like Dr. George Tiller or challenging women to understand their own power over their bodies and the language used to wield such power, Merle Hoffman has been on the front lines of the feminist movement, a fierce warrior in the battle for choice.

Merle Hoffman is an award-winning journalist, activist, and women's health care pioneer. In 1971, she founded Choices, one of the first ambulatory abortion centers, which has become one of the nation's largest and most comprehensive women's medical facilities in the United States. She is also the publisher of On the Issues, an online feminist magazine.