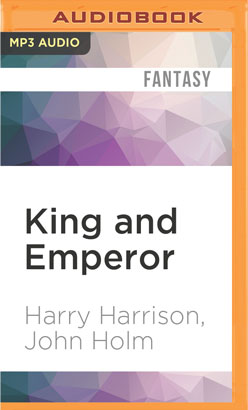 series:The Hammer and the Cross #3

Driven by prophetic dreams, the Viking warrior Shef has become the One King, the undisputed ruler of the North. Now he must face the reborn power of the Holy Roman Empire.

Rome threatens Shef's fearsome Viking navy with a new invention of unparalleled destruction: Greek fire. Unable to defend his fleet against this awesome weapon, Shef travels East in search of new wisdom. His quest leads him to the lavish court of the Muslim Caliph and, ultimately, to the secret hiding place of the Holy Grail.