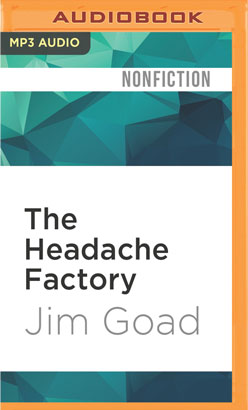 If Andy Warhol could have anticipated the Internet, he would have said it’s where everyone will be stalked for at least 15 minutes. Notorious underground author Jim Goad describes himself as “a lowly neutrino in the vast universe of celebrity,” yet he attracts a certain breed of demented fan that treats him as if he’s the second coming of Christ - that is, until they feel he’s somehow snubbed them, at which point he transforms into Satan. The Headache Factory documents Jim’s extensive experiences fending off fans who morphed into stalkers. By turns terrifying and amusing, the book demonstrates how social media enables the antisocial to reach out and touch anyone they want - even if their target doesn’t want to be touched.