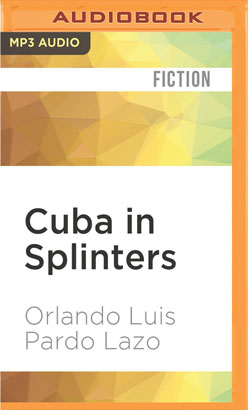 Eleven Stories from the New Cuba

Think Cuba, you're likely to think bearded revolutionaries in fatigues. Salsa. Sugar cane. Rock 'n' roll, zombies, drugs - anomie and angst - do not generally figure in our mental images of a country that's assumed an outsized place in the American imagination. But fresh from the tropics, in Cuba in Splinters - a sparkling package of stories we're assured are fictional - that's exactly what you'll find. Eleven writers largely unknown outside Cuba depict a world that veers from a hyper-real Havana in decay, against a backdrop of oblivious drug-toting German tourists, to a fantasy land (or is it?) where vigilant Cubans bar the door to zombies masquerading as health inspectors. Sex and knife-fights, stutterers and addicts, losers and lost literary classics: welcome to a raw and genuine island universe closed to casual visitors.