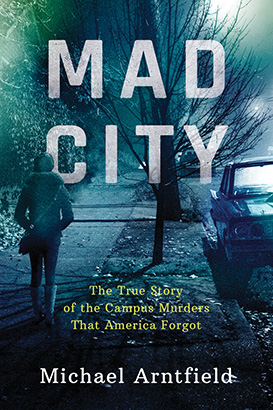 The True Story of the Campus Murders that America Forgot

Mad City: The True Story of the Campus Murders That America Forgot is a chilling, unflinching exploration of American crimes of the twentieth century and how one serial killer managed to slip through the cracks—until now.

In fall 1967, friends Linda Tomaszewski and Christine Rothschild are freshmen at the University of Wisconsin. The students in the hippie college town of Madison are letting down their hair—and their guards. But amid the peace rallies lurks a killer.

When Christine’s body is found, her murder sends shockwaves across college campuses, and the Age of Aquarius gives way to a decade of terror.

Linda knows the killer, but when police ignore her pleas, he slips away. For the next forty years, Linda embarks on a cross-country quest to find him. When she discovers a book written by the murderer’s mother, she learns Christine was not his first victim—or his last. The slayings continue, and a single perpetrator emerges: the Capital City Killer. As police focus on this new lead, Linda receives a disturbing note from the madman himself. Can she stop him before he kills again?