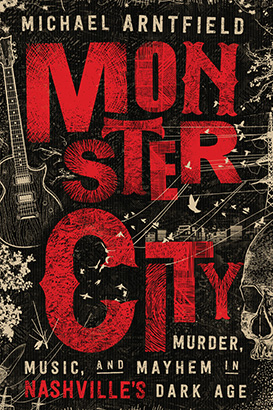 The never-before-told true account of the serial killers who terrorized Nashville’s music scene for decades—and the cold-case Murder Squad determined to bring an end to their sadistic sprees.

Nashville—a haven for aspiring musicians and a magnet for country-music fans. By the time Pat Postiglione arrived there in 1980, it was also the scene of an unsolved series of vicious sex slayings that served as a harbinger of worse to come. As Postiglione was promoted from street-beat Metro cop to detective sergeant heading Music City’s elite cold-case Murder Squad, some of America’s most bizarre, elusive, and savage serial killers were calling Nashville home. And during the next two decades, the body count climbed.

From Vanderbilt University to dive bars and out-of-the-way motels, Postiglione followed the bloody tracks of these ever-escalating crimes—each enacted by a different psychopath with the same intent: to murder without motive or remorse. But of all the investigations, of all the monsters Postiglione chased, few were as chilling, or as game changing, as the Rest Stop Killer: a homicidal trucker who turned the interstates into his trolling ground. Next stop, Nashville. But Postiglione was waiting.