Plague of Silence, The 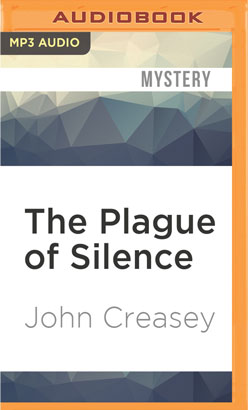 Plague of Silence, The

Thousands are falling victim to an outbreak of plague. Is it nature's way or is it actually the creation of an evil gang of men? Dr Palfrey—committed absolutely to the battle against the powers of evil—must solve this dangerous case before the situation becomes catastrophic. Will he cure the world's ills, or are the men playing god too powerful even for him?

Master crime fiction writer John Creasey's near 600 titles have sold more than 80 million copies in over 25 languages across 100 countries under both his own name and more than 20 other pseudonyms. His style varied with each identity and led to him being regarded as a literary phenomenon. Amongst the many series written were Gideon of Scotland Yard, The Toff, The Baron, Dr. Palfrey and Inspector West, as JJ Marric, Michael Halliday, Patrick Dawlish and others.