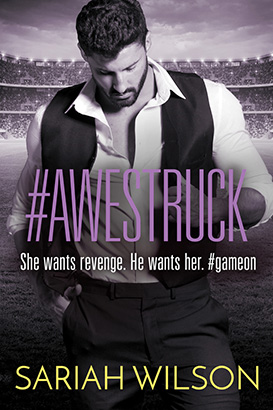 A sweet all-American story of love and revenge.

Ambitious intern Ashton Bailey is about to get closer to her dream of being a sports announcer. All she has to do is prove that too-perfect-to-be-true NFL quarterback Evan Dawson isn’t quite as wholesome as his contract requires. It’s also the perfect opportunity to get delicious payback on the boy who broke her teenage heart. At least that’s her plan. But she forgot just how easy it is to crush on the irresistible charmer. #OhNoNotAgain.

Evan has a knack for getting through the opposing team’s defenses, and he won’t let this tall, redheaded knockout be the exception. He’s determined to make things right between them and earn back Ashton’s trust—and maybe her heart, too.

Then the press mistakenly announces their engagement, and Ashton and Evan find themselves going along with the lie. Now the whole world is watching as Ashton flirts with attraction and disaster. But while revenge is sweet, it just might come at the cost of something sweeter still.