End of the Line, The 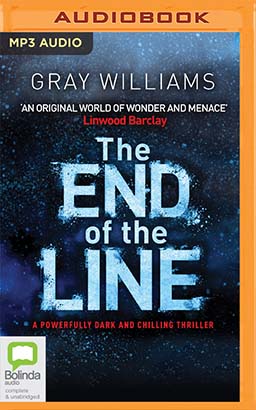 End of the Line, The

A fast-paced thriller set on the streets of a London rife with undercover magic.

Abras, as they are known, can harness these illegal powers, but for con-artist Amanda Coleman – whose father was a powerful and abusive practitioner – magic is anathema.

When her criminal crew decide to hire an Abra to help with their heists, they don’t expect to raise a demon, or to quickly lose control of it. Now Coleman and her crew must travel across Siberia to a remote stone circle in order to kill this murderous creature, who has destroyed everything they hold dear.

But as the demon’s power grows, a battle of wills commences. Coleman must fight to survive, facing demons both in chains and within herself.

This dark and chilling thriller is perfect for fans of Lauren Beukes and James Oswald.

Praise for The End of the Line

‘A dark and thrilling mix of fantasy and noir, brilliantly told.  Williams is a confident and exciting new voice in the genre.' Mason Cross, author of Richard & Judy Book Club pick The Samaritan

‘An exceptionally satisfying read, by turns twisted, tense and heart-breaking with a couple of extraordinary set pieces that still linger on. This is a remarkably assured debut, with the promise of more greatness to come.' Mark Stay, author of Robot Overlords (Gollancz)