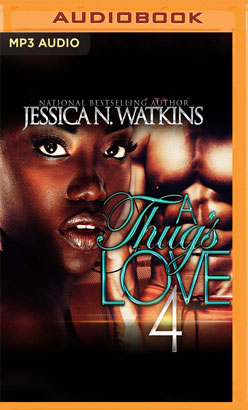 The kingdom is crumbling....

Jada and Dolla were the ideal couple. Through thick and thin, Jada was a ride-or-die companion for her street hustla, Dolla. She fought everyone and everything off - foes, obstacles, and side chicks. Jada was a straight shooter and a force to be reckoned with. She loved her man, family, and crew with all of her might...and then her world came tumbling down.

Being the typical man, Dolla ruined their relationship with one unprotected act. Now, Dolla is a single father of twins, and Jada is alone, after nearly 10 years of faithfully standing by Dolla's side. Naturally, she deals with the hurt in unhealthy ways, which comes back to bite her in the ass. However, not only does she suffer from her damaged, broken heart, but others close to her tragically fall victim to it as well.

Meanwhile, the Carter kingdom is crumbling. This crew continues to take blow after blow. After King, Dolla, and Meech saved the organization from Siren and Maria's attempt to dismantle it, yet another hurdle is barreling towards this crew, threatening to destroy all that King has built. Unbeknownst to them, a friend of the crew shares a past with someone that plans to cause catastrophic damage to them.

Will this crew survive? Will they be in support of Jada's unconventional choice in who she decides to give her heart to next? Find out in A Thug's Love 4!