Treasures of Suleiman, The 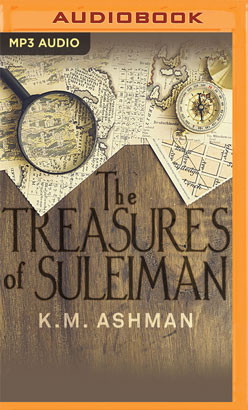 Treasures of Suleiman, The

The Treasures of Suleiman is the long-awaited sequel to the number one best seller The Dead Virgins.

When Brandon Walker receives a plea for help from an old adversary, he wastes no time in recruiting the extraordinary talents of India Sommers to unravel a trail of murder, tragedy and the possibility of untold wealth. They soon discover a letter from 500 years earlier, and the trail leads them to one of the missing treasures of the modern world, the Piris Reis map.

India and Brandon attempt to uncover the secrets of the map, but as they travel the world in the quest to uncover a treasure from the greatest Sultan that ever lived, they are closely watched at every step by a family of assassins with an agenda of their own.