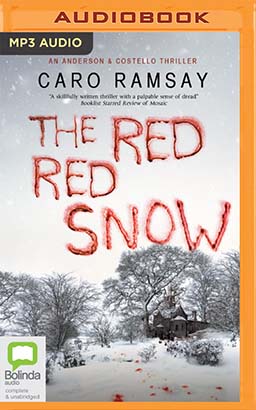 "An attention-grabbing procedural with unsettling surprises inside every snowbank" - Kirkus Reviews, Starred Review

Called to investigate the bloodstained aftermath of an eventful Christmas party, detectives Anderson & Costello discover that the holiday season can be anything but merry.

A family man is stabbed to death at a crowded Christmas Ice Show. Murdered in plain sight. No clues, no witnesses, no known motive.

A week later, two bodies are discovered at a holiday cottage in a remote highland glen: one in the kitchen; the other sprawled outside on the icy lawn. The killer would appear to have arrived and left without leaving a trace, not even a footprint in the snow.

What secrets are lurking within this isolated, superstitious community? As the snow piles higher, detectives Anderson and Costello put their wits to solving a seemingly impossible crime, and gradually uncover a twisted tale of greed, obsession – and cold-blooded murder.