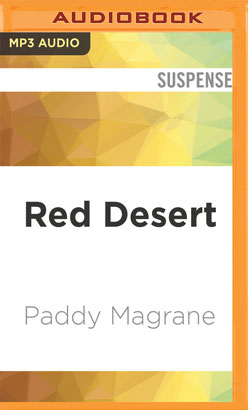 When a violent attack on his girlfriend tears Tom's life apart, escape makes perfect sense. He takes a job with an oil company, providing therapy to staff cooped up in a camp in Southern Iraq. Nice pay packet, if you don't mind being stuck in the desert surrounded by unexploded mines and cluster bombs.

On his arrival, an explosion outside the camp leaves four men dead. Something about it doesn't make sense, and Tom starts to ask questions. His curiosity begins to get him into trouble - especially with the former soldiers who work there as security contractors. When the camp is attacked and Tom is shipped home, he continues his investigations. Working with a journalist pursuing a story about a cover-up, Tom looks into a notorious army barracks. But then the journalist falls beneath a tube train. Falls, or is pushed? With an unseen enemy closing in, will Tom's search for the truth end in his death, too?

Set between London, Berlin and Iraq, this white-knuckle suspense thriller is perfect for fans of The Hurt Locker, American Sniper and Homeland.