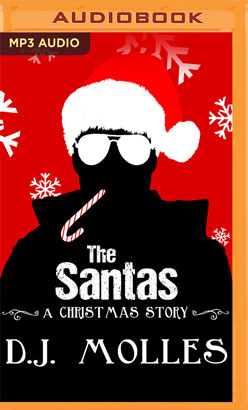 Santa's helpers don't always dispose of bodies, but that's what Tucker Smith is doing right now. Specifically, the body of his own Santa - one of thousands worldwide - who was just murdered in an apparent random act of violence. Now, Tucker will have to somehow manage to deliver Christmas to his assigned region while he struggles to patch things up with his family, all while training the replacement sent to him by The Organization and trying to uncover the mystery of who killed Santa. And there's only five days left until Christmas.