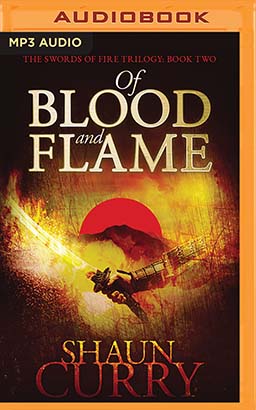 The Swords of Fire Trilogy

For the Shogun, there is no middle ground. You challenge his authority, you breath your last. But God forbid you pass through his hands. You'll face the flame of fury, a punishment worse than death.

Father Martinez, a European Samurai, only came to Japan to hide an unforgivable past. But maybe his past has caught up with him? Little did he know he would face the Shogun's fury of hell to save those he loves.

With pressures mounting and his network of kinsmen dying around the country, Martinez is forced out of hiding this time to face the Shogun's regime and a formidable arch nemesis. A new enemy questions why the bodies of the villagers were not found, nor their deaths confirmed. His paranoia grows.

Martinez has learned very quickly that his gift in the martial arts might have greater purposes than he initially thought. He's faced the greatest test of his life and only wants one thing - safety for his people. But safety comes at a price much higher than he can pay.

Of Blood and Flame is the second book in The Swords of Fire Trilogy.