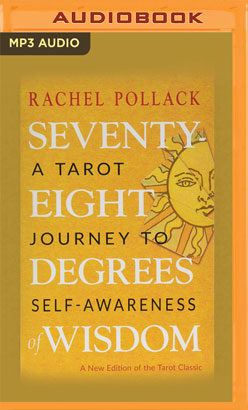 A Tarot Journey to Self-Awareness

The 40th anniversary edition of the best-selling Tarot classic.

Rachel Pollack's Seventy-Eight Degrees of Wisdom inspired a whole generation of Tarot students. Often referred to as the "Bible of Tarot books", it is a landmark book that helped launch today's Tarot renaissance. Drawing on mythology and esoteric traditions and delving deeply into the symbolism and ideas of each card, the book offers a modern psychological interpretation of the tarot archetypes rather than a system of esoteric symbolism.