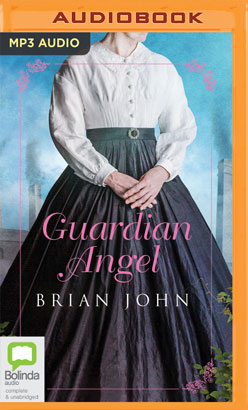 Guardian Angel is a story about the meaning of identity and community – but it is also an allegory and a rollocking adventure, from the bestselling author, Brian John.

Those who are familiar with the Angel Mountain Saga series will find some characters and settings that they know and love; but this story ranges far more widely, leaving West Wales behind and taking in episodes set in the industrial districts of Merthyr Tydfil, and in Paris.

It is a strange story of an elderly lady who calls herself Susanna Ravenhill and who lives far more dangerously than is recommended for someone of her age. She has a dark secret to hide and she is pursued relentlessly by a group of armed men. One day they will catch up with her ...

'... the second half of the book takes the reader on another colourful adventure, full of Dickensian ruffians, dark secrets and evil conspirators.'
Pembrokeshire Life

'As with the other books in the Saga, the tale is packed with a cast of colourful characters and the narrative gallops along at a good pace, making fanciful events seem ultimately believable.'
Becky Hotchin