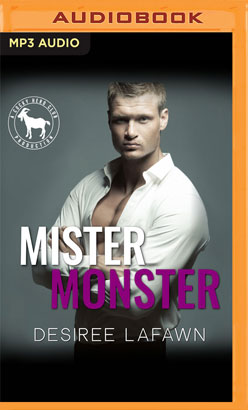 I didn't hate Dex Truitt. Not really. But I didn't need him rubbing his happiness in my face either. The whole friends-with-benefits thing was really working for us, until he humiliated me and discarded me for the real deal, true love thing. I definitely didn't love him, which is why I was so shocked at how worthless I felt after our breakup. I was Caroline Gower - I had power, money, and a distinguished family name. I had everything I ever wanted, but as it turned out, not everything I really needed. And what I realized I needed was to get the hell out of New York City.

Some said I was running. They were right. And while I tried to adapt to my new inconspicuous life, I ran straight into one man who wanted to hurt me and another who wanted to control me. The latter was the most egotistical jerk I'd ever met. One look in his glacial eyes and I knew he was a monster.

His intensity proved it to me. He was definitely the opposite of someone I wanted to spend any kind of time with. Except - I couldn't just walk away from him...or my new life. And while he thought he could dominate me, haze me, and break me, he didn't know that those bully tactics wouldn't work on me. Caroline Gower has never been afraid of monsters.