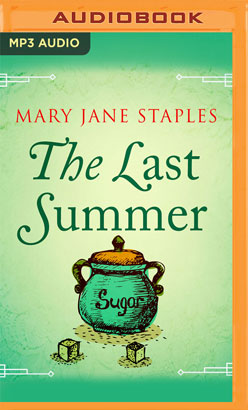 Job and Jemima Hardy weren't Londoners by birth. They had both lived in a Sussex village until lack of work had sent Job and the family to Walworth - to a house in Stead Street. They got it cheap because of the poltergiest, but they were sensible folk and decided that eight shillings a week rent was a bargain, and - well - if the floors and doors sometimes moved a bit, they could live with it. They settled quickly into London life - particularly Jonathan, the eldest. Jonathan got a job at Camberwell Green, and it was there, in Lyons teashop, that he met Emma Somers, niece of Boots Adams. Over a long and hazy summer - the summer of 1939 - the two young people met, always at lunchtime and never allowing their friendship to progress too far.

Then, as the clouds of war gathered over Europe, Jonathan got his call-up papers. And the first alarms of conflict began to affect the Adams family in other ways. Boots, on the Officer's Reserve list, was called onto the staff of General Sir Henry Sims, and Polly Sims herself joined the Auxiliaries. Suddenly there was only a little time left for people to lead ordinary lives - and Jonathan Hardy and Emma Somers had to make decisions about their future.