Cry of the Curlew 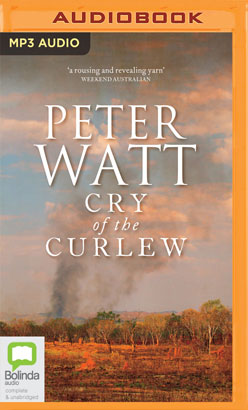 Cry of the Curlew

Cry of the Curlew is the first bestselling title depicting our turbulent history as never before by Peter Watt.

A stark and vivid novel of Australia's brutal past.

An epic tale of two families, the Macintoshes and the Duffys, who are locked in a deadly battle from the moment squatter Donald Macintosh commits an act of barbarity on his Queensland property. Their paths cross in love, death and revenge as both families fight to tame the wild frontier of Australia's north country.

'The home grown version of Wilbur Smith.'
The Sunday Age

'A rousing and revealing yarn.'
The Weekend Australian

'The historical detail brings the ... 19th century to rip-roaring life.'
The Australian

'Watt's fans love his work for its history, adventure and storytelling.'
Brisbane News