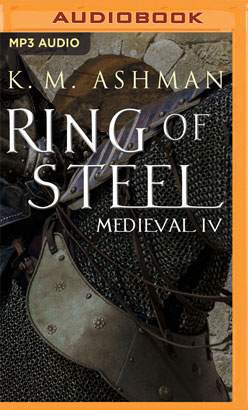 AD 1294. Caernarfon has fallen to Madog, and the Welsh uprising spreads like a wildfire. The four main warlords of Wales join forces to wreak havoc amongst the English settlers and rampage across the country in a frenzy of aggression born of a lifetime of servitude.

One by one, Edward’s castles fall before the Welsh onslaught, but though there seems to be little reaction from the king, across the border, he musters his armies and plans the re-taking of his famed Ring of Steel.

In the south, Garyn languishes deep in a filthy castle dungeon, a beaten man at the hands of a corrupt knight, and with only days left to live, it seems his fate is sealed and the famed Macsen Sword is destined for the hands of an English king.