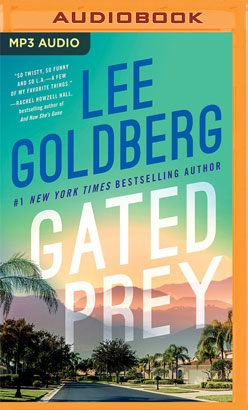 Los Angeles County Sheriff’s detective Eve Ronin and her soon-to-retire partner, Duncan Pavone, are running a 24-7 sting in a guard-gated enclave of palatial homes in Calabasas. Their luxury McMansion is a honey trap, set to lure in the violent home invaders terrorizing the community. The trap works, leaving three intruders dead, a body count that nearly includes Eve and Duncan.

Eve’s bosses are eager to declare the case closed, but there are too many unanswered questions for her to let go. Was the trap actually for her, bloody payback for Eve’s very public takedown of a clique of corrupt deputies? Or is there an even deadlier secret lurking behind those opulent gates? Eve’s refusal to back down and her relentless quest for the truth make her both the hunter…and the prey.