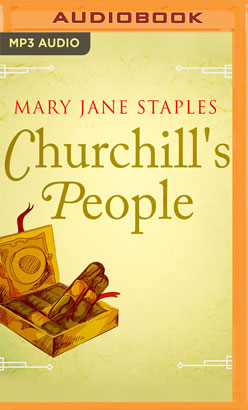 In 1941, the United Kingdom was in desperate straits, standing alone with its troops against the colossal war machine of Nazi Germany. There was always Prime Minister Winston Churchill, however, who growled his defiance to Hitler and induced in his people a determination to endure.

The Adams family shared that determination and their own kind of optimism. Emma went happily into her marriage with Jonathan, while Boots' son Tim, in between his hazardous exploits as a Commando, helped his fiancée, Felicity, in her courageous fight against blindness, the result of a terrible injury in the bombing. Rosie Adams was due to marry Matthew Chapman from Dorset, but Chinese Lady was unsure about it. He seemed a fine enough man, but what with a lame leg that prevented him from doing his bit for his country, and the uncertainty of his garage business, she felt that he was hardly the ideal choice for such an eligible young woman as Rosie. As for Boots and his new wife, Polly, they came up with some very unexpected news for the family.