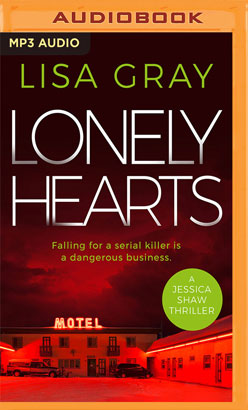 She found love on Death Row with her prison pen pal. She’s been missing ever since. Can Jessica Shaw track her down?

A missing persons case should be pretty straightforward for private investigator Jessica Shaw. After all, it’s what she does best. But this latest case proves to be anything but straightforward.

Christine Ryan is desperate to find her childhood friend Veronica Lowe. Veronica disappeared more than fifteen years ago, not long after having a child with a Death Row inmate, notorious serial killer Travis Dean Ford. When Ford’s widow, Jordana, is murdered in the same way as his victims, Christine fears Veronica and her daughter will be next. If they’re even still alive…

Discovering that both Veronica and Jordana were members of the Lonely Hearts Club, a pen pal service for women who want to write to men in prison, Jessica realizes she needs to find Veronica before the killer does. But as Jessica follows the leads it begins to feel like someone is following her. Travis has been dead for years, so who is hunting the Lonely Hearts?